Showing posts from February, 2020
Show All 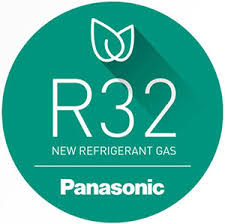 London Cool have drafted up a long read below regarding the introduction of one of the latest refrigerant gas for installed wall mount, ceiling mount cassette and floor type air conditioning systems.  Manufacturers include Mitsubishi Daikin Fujitsu Daikin and Panasonic Hope you enjoy the read and we will publish soon about new gasses used in portable air conditioning systems also. https://www.londoncool.com/ In 1999 the Kyoto Protocol on global warming listed HFC refrigerants that were contributing to the global warming. This, in turn, led to the introduction of F-Gas regulations in Europe and at the start of January 2015 the next stage of F-gas laws was introduced which detailed the phase down of HFC refrigerant. It is important to note though that this is a phase down and NOT a phase out – with regulations now based on the tonnes of CO2 equivalent of all refrigerants sold or traded in Europe. The air conditioning market moved over to R410a refrigerant in 2006 as it offered h
1 comment
Read more
More posts

London Cool Limited
Specialists in Air Conditioning, refrigeration and heating. We Install, Service and Maintain and have portable equipment to either rent or buy. Follow @LCaircon or find us on Facebook - London Cool