February 06, 2020
London Cool have drafted up a long read below regarding the introduction of one of the latest refrigerant gas for installed wall mount, ceiling mount cassette and floor type air conditioning systems.  Manufacturers include Mitsubishi Daikin Fujitsu Daikin and Panasonic
Hope you enjoy the read and we will publish soon about new gasses used in portable air conditioning systems also. 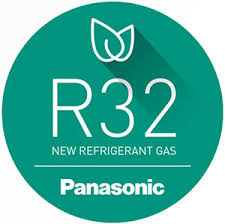 In 1999 the Kyoto Protocol on global warming listed HFC refrigerants that were contributing to the global warming. This, in turn, led to the introduction of F-Gas regulations in Europe and at the start of January 2015 the next stage of F-gas laws was introduced which detailed the phase down of HFC refrigerant.
It is important to note though that this is a phase down and NOT a phase out – with regulations now based on the tonnes of CO2 equivalent of all refrigerants sold or traded in Europe.
The air conditioning market moved over to R410a refrigerant in 2006 as it offered high efficiencies, achieved by operating at higher pressures and the introduction of inverter technology in DX split systems. It also replaced R22 refrigerant, along with R407c, which was banned because of it’s potential to damage the ozone layer.
All refrigerant has a Global Warming Potential (GWP) with carbon used as the base. Carbon has a GWP of 1. R410a has a GWP of 2,088 meaning that if one kilo is released into the atmosphere it would have 2,088 times the harmful effect of 1kg of carbon making it’s GWP a real issue, even though the ozone depleting potential (ODP) is 0.
Because of this and the European regulation CE 517/2014 making the replacement of fluorinated gases (F-gases) compulsory, in the past few years in our industry we have seen the cost of R410a refrigerant increase by up to 600%, whilst we go through a transition period between 2017 and 2030.
Now it’s time to look at the latest R32 refrigerant the market has to offer and the reasons why other refrigerants are being phased down.
As well as an ozone depletion potential of 0, R32 refrigerant has only approximately 1/3 of the GWP of R410a. Consequently, increasing investigations of this next generation refrigerant.
Until now, R32 refrigerant has been extremely difficult to handle and it’s use, therefore, was not practical. R410a is currently the most commonly used refrigerant in developed countries, however if all systems were converted to R32 the impact to global warming from HFCs in 2030 would be reduced by the CO2 equivalent of approximately 800 million tonnes (19%) compared to the continued use of R410a. It is these statistics that have swayed manufacturers decisions to transition to R32 refrigerant, as well as other factors including energy efficiency, safety and cost effectiveness.
All refrigerants have strong and weak points when it comes to assessing the 4 key criteria, which also varies depending on the type of product. Many major air conditioning manufacturers have determined that R32 is the optimum choice for the unit in their products because of the following benefits.
• R32 has a low GWP (675)
• It has a 0% o-zone impact (ODP)
• Higher in energy efficiency
• Longer pipe runs are available
• It is compliant with the F-gas phasedown
• R32 is affordable and readily available
• 75% less global warming impact
• 30% less refrigerant
Being a single component refrigerant, R32 is easier to re-use and recycle. It is also low-cost to produce and easier to handle because it doesn’t separate and utilises a similar technology, keeping costs round about the same. In addition, R32 is low-toxic, difficult to ignite and does not explode.
We will now start to see more air conditioning units introduced which use R32 as this will allow the industry to transition smoothly to a situation where we will still get the performance and efficiencies needed for our buildings, using refrigerants and equipment that delivers much lower GWP overall.
R32 is now available in the majority of single split systems with Daikin Air Conditioning, Fujitsu Air Conditioning & Panasonic Air Conditioning

Popular posts from this blog

The advantages of a maintenance agreement for your air conditioning

March 23, 2018
Regular air conditioner servicing has many benefits Increased efficiency of operation Reduced chance of a costly, major breakdown at the worst time Longer lifespan of the unit Increased comfort Lower operating costs Improved air quality Priority call-out Adherence to manufacturer’s extended parts warranty Energy Efficiency Regular air conditioner servicing can improve your air conditioner's efficiency. A clogged air filter in your air conditioning system can affect its efficiency as it will obstruct the air flow and increase the energy consumption.   A clean air filter in your room air conditioner, whether it is a ceiling recessed cassette system, or a ceiling suspended system, saves 15 percent energy compared with a dirty one.   Dirty condenser coils will make the air compressor run harder which increases the energy consumption and your electricity bill.   Lower Repair Costs If regular maintenance is not carried out, your air conditioner could eventu
Read more

My air conditioning is not working. What should I do?

June 25, 2018
As the outside temperatures rise and the sun is beating through the windows, it is tempting to turn your portable air conditioning down to as low as 16 degrees, thinking that the colder the air conditioner is set, the faster it will cool the room.  In fact, this is not how the cooling units work.  Whatever the temperature is set at, an air conditioner will pump out the same amount of cool air, and setting it at a lower temperature only tells it when to stop pumping out the cool air, rather than speeding up the cooling effect. The air conditioning units should ideally be set at around 24/25 degrees, to ensure that the units are not working so hard that they stop working altogether.  The models most affected by the hot temperatures are the Climatemaster, KY32, Trotec 2600, PKY12 or Compact 12, whereas units such as the Weltems, can cope with the exceptional temperatures. If your portable air conditioner does stop working or is not cooling the room, there are a few thi
Read more

How likely is it for air conditioning to cause Legionnaires disease?

June 08, 2012
London Cool and City Cool provide a full range of air conditioning services including hire or rent a portable air conditioner, an air conditioning repair service, installation and maintenance all over London and the south east from our Crawley, West Sussex near Gatwick Airport head office as well as our London hire warehouse. After the recent breakout of Legionnaires disease , London Cool  wanted to let you know the real side of the story when it comes to air conditioning being a cause of this disease.  Although Legionella bacteria is commonly found in sources of water such as lakes and rivers, it can produce in artificial water supply systems including air conditioning systems. We understand that naturally there are companies and people that are probably having bit of a panic as to how common this is for air conditioning equipment to cause an outbreak of this, London Cool are here just to ease your conscience and we believe that although, yes air conditioning systems can be a
Read more

London Cool Limited
Specialists in Air Conditioning, refrigeration and heating. We Install, Service and Maintain and have portable equipment to either rent or buy. Follow @LCaircon or find us on Facebook - London Cool